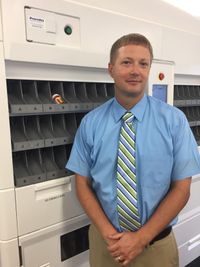 Benji is from Mt. Vernon, GA. He completed his pre-pharmacy pre-requisites at Georgia Southern and earned his PharmD at Mercer in 2004. He also started working for City Drug Store in 2004 and became co-owner in 2016. Benji and his wife have one son, one duck named Parker, several chickens, a rabbit, a dog, and a cat.

Geni is from Ailey, GA. She completed her pre-pharmacy pre-requisites at Emory University and went to pharmacy school at the University of Georgia. Geni has three daughters and two grandchildren. In her spare time, she enjoys horseback riding. 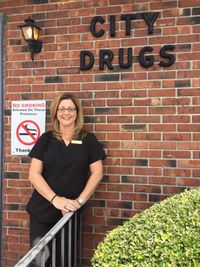 Susanne Maxwell is from Statesboro, GA. She graduated from the University of Georgia College of Pharmacy in 1991 and joined City Drug Store in 2016. Susanne has 3 daughters and a wonderful puppy named Cooper. 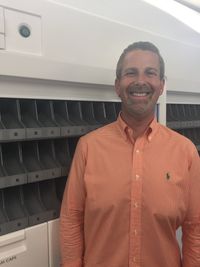 Terry started working at City Drug Store when he was 15 and is now co-owner. He graduated from the University of Georgia College of Pharmacy in 1999 and became co-owner of City Drugs in 2016. He has two wonderful daughters 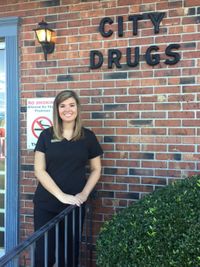 Ashley is from nearby Wheeler County. She graduated from Georgia Southern with a B.S. in Chemistry in 2011 and earned her PharmD from the South University College of Pharmacy in 2014. Ashley has been with City Drug Store since 2012. She lives with her husband, Christopher, and their adorable Havanese puppy, Marley.

Complete this form and email it to info@citydrugvidalia.com to apply!